The Spearman's is also referred to as a rank-order correlation because it is applied to ordered data that do not meet the conditions necessary to use Pearson's correlation.  This is a non-parametric test and measures the strength and direction of the association between two variables, where at least the two variables are measured on an ordered scale.  The Spearman's correlation is denoted the later rho.  The test is applied to ordered data or continuous data that do not meet the assumptions of normality.  Other tests that can be applied to assess the association of nonnormal or ordered data are Goodman and Kruskal's gamma and Kendall's tau-b tests.  Before going through the steps, it is important to ensure that your data meets the following assumptions.

Assumption 1: The data should be measured on either interval, ordered or ratio scale. Data on a Likert scale are considered ordinal and therefore Pearson correlation is appropriate for use when your variables are recorded on a Likert scale.

Step 1:  Click Analyze > Correlate > Bivariate as shown in the screenshot below. 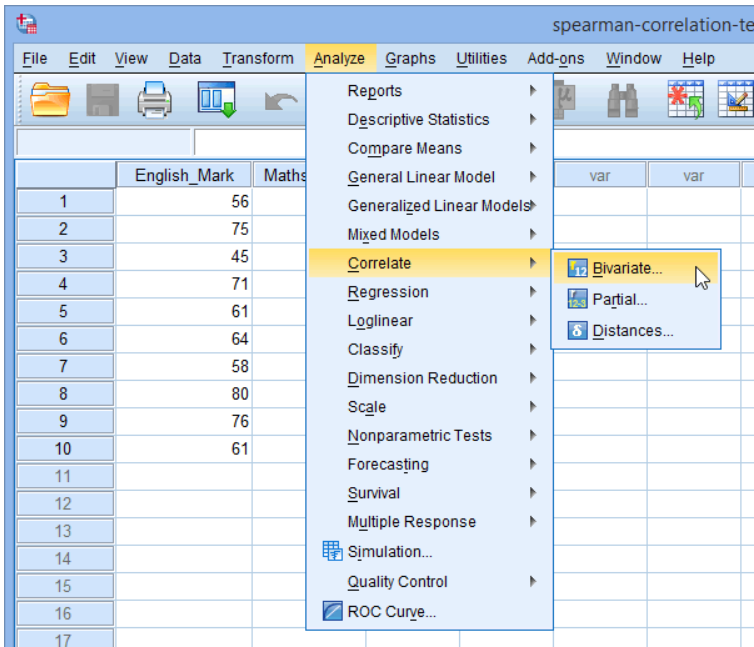 Step 2: The Bivariate correlation dialogue box will be presented.  Transfer the two variables into the variables box as shown below. 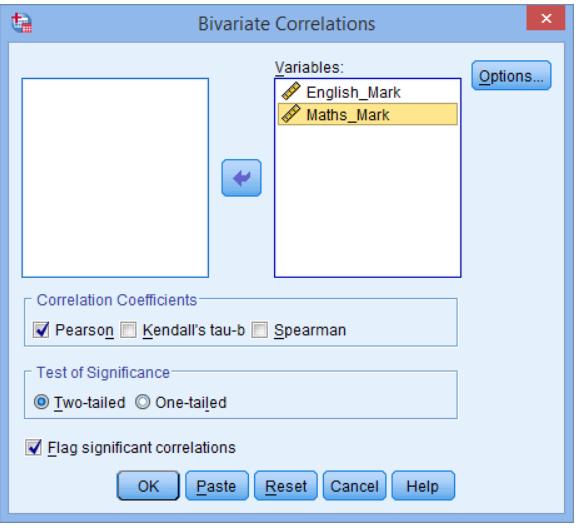 Step 3:  Uncheck the Pearson box and Check the Spearman box, see the box below. 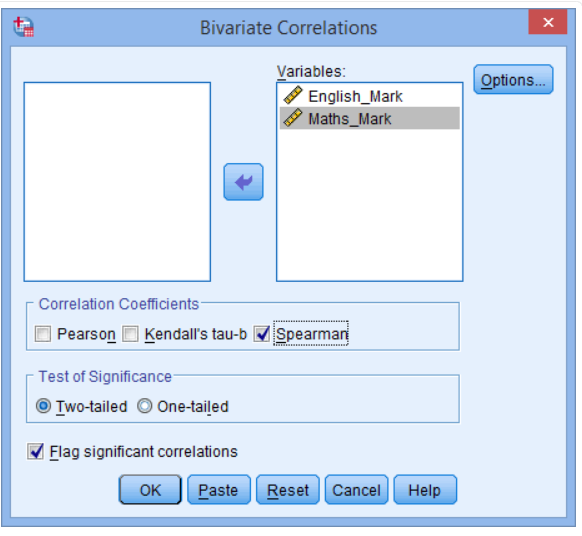 The output for the sample data is shown below.

The general interpretation of the results would as described below.