The One-Way ANOVA model is SPSS

This model (the one-way ANOVA) is used to determine if there is a significant difference between the means of two or more independent groups given a continuous dependent variable.  The independent variable in a one-way ANOVA is called a factor and the categories of the variable are called factor levels. You will rarely see a comparison being made between two categories but it is a common practice especially in coursework activities to see three or more groups. For example, one might be interested in testing how the students perform in an exam based on their anxiety level (low, medium and high-stressed). Remember that you can differentiate which group is different from which group when you use a one-way ANOVA. Thus, it is an Omnibus test.

Before conducting an analysis using a one-way ANOVA, it is important to assess whether your data meets the following assumptions.

Assumption 1: The dependent variable should be measured on a continuous scale, i.e the variable should either interval or ratio.  The assumption can be met by ensuring that appropriate data measurements are used when collecting the data.

Assumption 2:  You should have at least two categories for the independent variable.  Generally, people will always use the independent two-sample t-test when they have two groups.

Assumption 4:  No significant outliers. Outliers can reduce the validity of your results. The outliers can be detected by use of a Boxplot, a boxplot of each of the categories and the dependent.

Remember that the first three assumptions are related to the data collection procedures.

Step by Step Analysis of one-way ANOVA data in SPSS 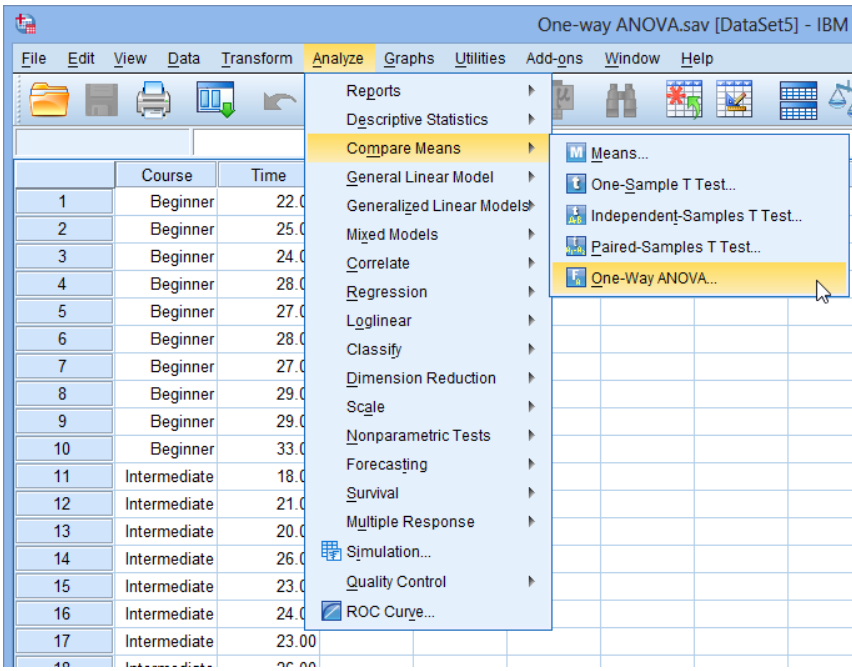 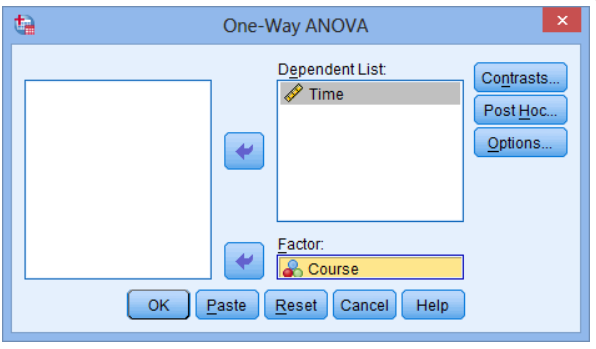 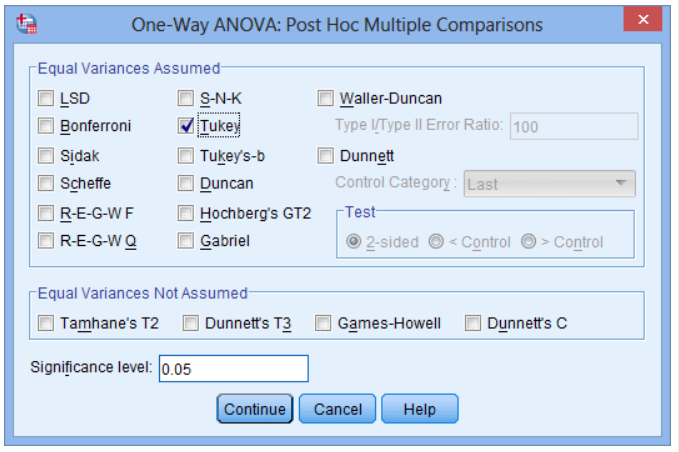 Step 4: Click the options button to check the descriptive checkbox as shown below. 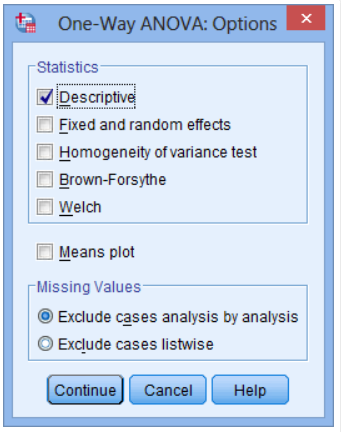 The following output will be generated for our analysis.

The descriptive statistics table displays the means and the standard deviations by category. The statistics for the combined sample are also displayed.

With these results, we do not know which groups are different from which groups, thus it is necessary to conduct multiple comparisons of groups.

The multiple comparison results using the Tukey test are displayed below, this can be used to check which groups have significantly different means from each other.