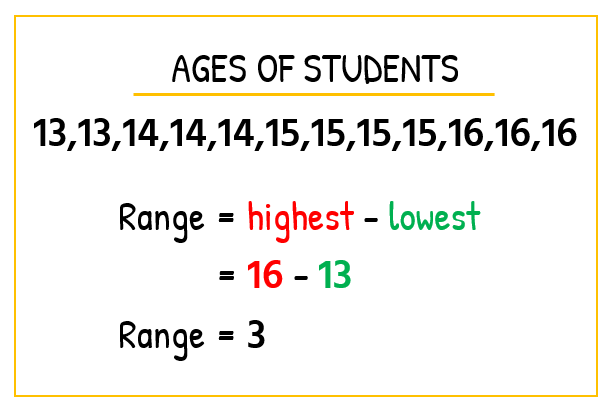 Analysis of Covariance in SPSS - ANCOVA

Note the the One-Way ANCOVA is similar to the one-way ANCOVA only that the ANCOVA analysis incorporates a covariate variable which can also be regarded as a confounding variable.   The  ANCOVA  model can be thought of as an augmentation of the single direction ANOVA with the control of the confounding variable. Like the single direction ANOVA, the single direction ANCOVA is utilized to decide if there are any statistically significant difference between the different groups of a categorical independent variable while controlling for the effect of the confounding factor.  Before subjecting your data to the one-way ANCOVA, it is important to ensure that it meets the following assumptions.

1.  The dependent variable and the covariate should be on a continuous scale.

2.  The independent factor is a categorical variable with at least two levels.

4.  Normal distribution of the residuals at each level of the independent variable.

5.  There should be a linear association between the dependent and the covariate variable.

6.  The homogeneity of variances assumption should be met.

7.  The error term should also be uniformly distributed across the levels of the independent variable.

8. The last assumption is the homogeneity of the regression slope.  This means that there is no interaction between the covariate and the independent variable. By default, SPSS Statistics does not include an interaction term between a covariate and an independent in its GLM procedure so that you can test this.

The first step in the analysis of covariance is. 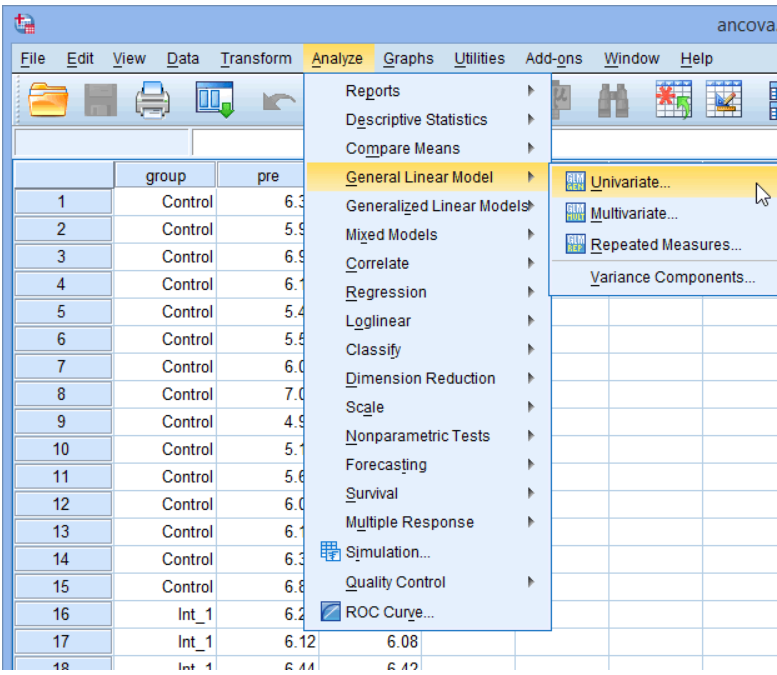 2.  The univariate dialogue box will be presented as shown below. 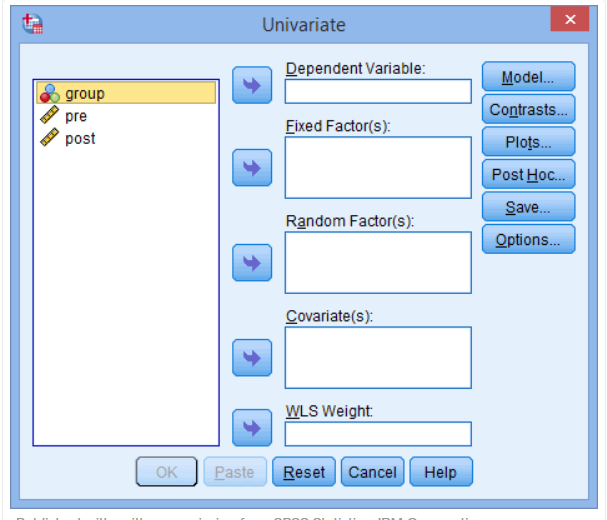 3. Transfer the variables as shown below: The post  factor to the dependent variable, the grouping variable into the fixed factor dialogue box and the pre should be entered to the covariate box.  The ANCOVA dialogue box is presented below. 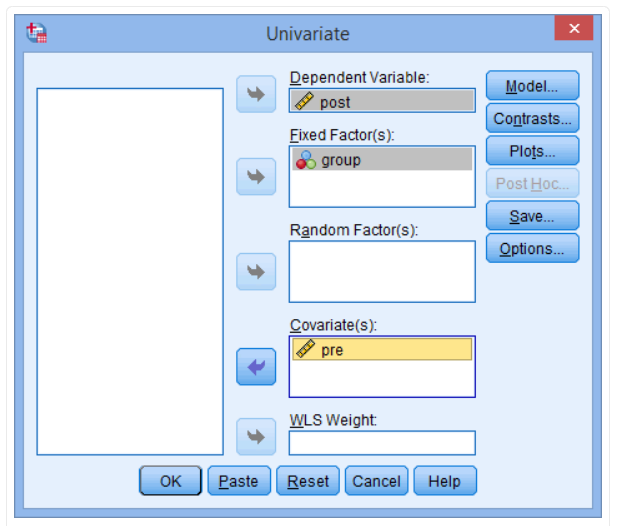 4. Click options and transfer the group variable to the display means for and check the compare main effects that will adjust the confidence interval adjustments. Ensure to check descriptive statistics, estimates of effect size, your dialogue box should be as shown below. 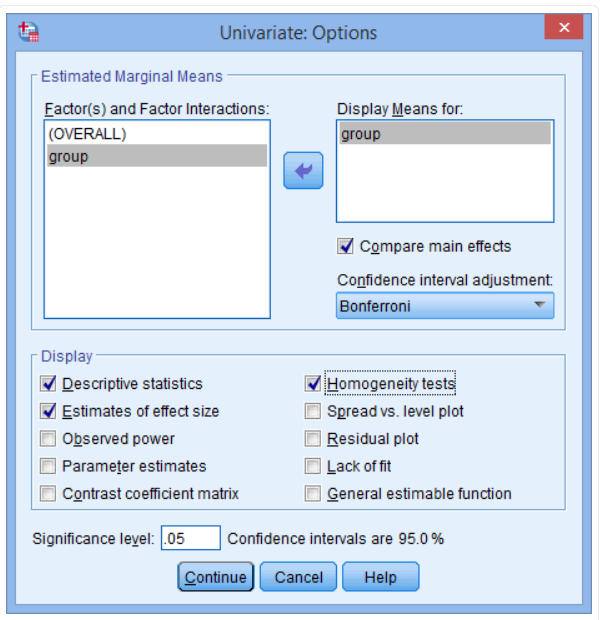 The relevant output is displayed below. 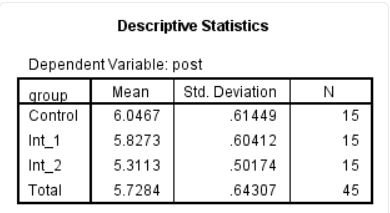 The test of between-subjects effects _ results.

In this example, you can see that there is a statistically significant difference between adjusted means (p < .0005).

The estimates table  can be used to assess how the covariate has adjusted the original variable. 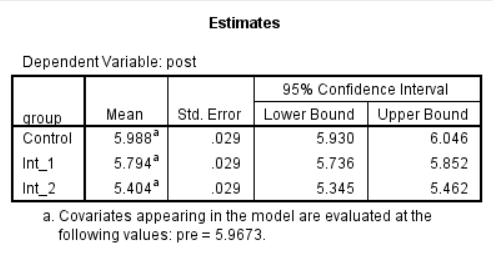